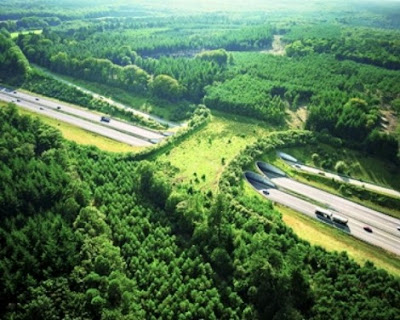 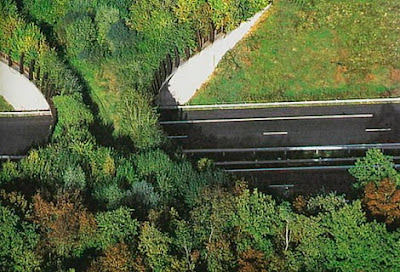 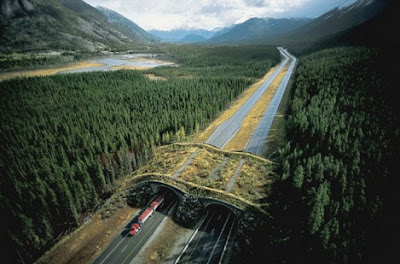 If we’re going to keep putting roads in the middle of their habitats, animals are sometimes going to need to cross the road. But it’s better for everyone involved if they don’t have to push a button and wait for the light to change, because they don’t have thumbs and nine times out of 10 they’ll just careen into the side of your car. Which is why some highways have overpasses built specifically for animals like deer, elk, and grizzly bears.


Nobody teaches moose pedestrian etiquette like “look both ways,” but they figure out pretty quickly that crossing the terrifying asphalt river is safer if you take the beautiful grassy bridge. That’s just my guess at a moose’s internal life, but there’s data too: In Banff National Park in Canada, animals have used the six overpasses and 35 underpasses more than 200,000 times since monitoring began in 1996.
Publicada por Arrakis à(s) quinta-feira, maio 23, 2013