Musée d'Orsay Paris: Masculine/Masculine The Nude Man in Art from 1800 to the Present Day

Right now if you are lucky enough to be in Paris, here is an exhibition you may want to see. 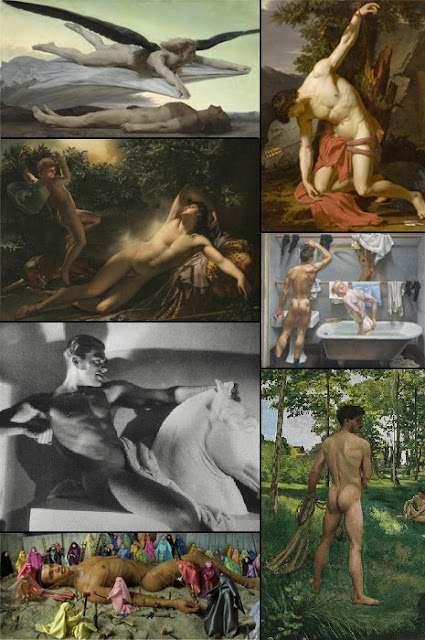 While it has been quite natural for the female nude to be regularly exhibited, the male nude has not been accorded the same treatment. It is highly significant that until the show at the Leopold Museum in Vienna in the autumn of 2012, no exhibition had opted to take a fresh approach, over a long historical perspective, to the representation of the male nude. However, male nudity was for a long time, from the 17th to 19th centuries, the basis of traditional Academic art training and a key element in Western creative art.