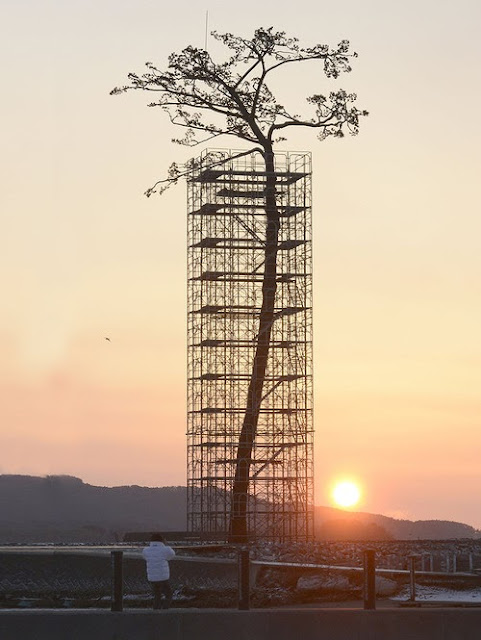 Last July the “miracle” pine was brought back to the town of Rikuzentakata.
After the March 2011 tsunami in north-east Japan, only one pine among 70,000 trees left standing along Rikuzentakata’s coastline survived. A symbol of hope, the 250-year-old “miracle” pine was eventually removed last September after its roots died from exposure to salt water.
Experts preserved the 27-metre (89ft) tall tree in its near-original state by inserting a metal skeleton into its trunk and adding replica branches and leaves to create a monument to commemorate the victims of the disaster.
The flattened area closest to the sea will be turned into a disaster-prevention and memorial park, with the “miracle” pine, returned to its original location, as its centrepiece.
From The guardian and Designboom
Publicada por Arrakis à(s) quarta-feira, agosto 28, 2013