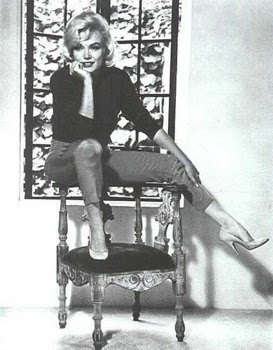 Many believe Celebrity photographer George Barris took the last pictures of Marilyn Monroe. However, it was actually Life Magazine’s photographer Allan Grant. The pictures were taken July 7, 1962 during an interview at her home. Six pictures appeared in Life including the one pictured above.
Just under a month later on August 5, 1962, the LAPD received a call at 4:25AM from Dr. Hyman Engelberg proclaiming that Monroe was dead at her home in Brentwood, Los Angeles. The official cause of Monroe’s death was classified as “acute barbiturate poisoning”, and was also recorded as a “probable suicide. Many questions still remain unanswered about the circumstances of her death and the timeline from when Monroe’s body was found.