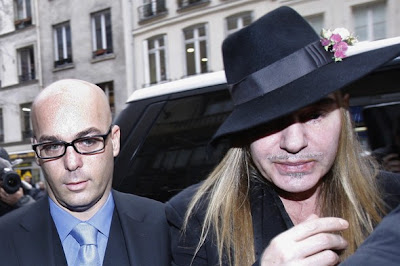 Yep, the inevitable happened today. The megalo-emperor-designer John Galliano has been fired by Dior.

The announcement comes right after Natalie Portman (the new Miss Dior Cherie) public statement. "I am deeply shocked and disgusted by the video of John Galliano's comments that surfaced today. In light of this video, and as an individual who is proud to be Jewish, I will not be associated with Mr. Galliano in any way. I hope at the very least, these terrible comments remind us to reflect and act upon combating these still-existing prejudices that are the opposite of all that is beautiful." 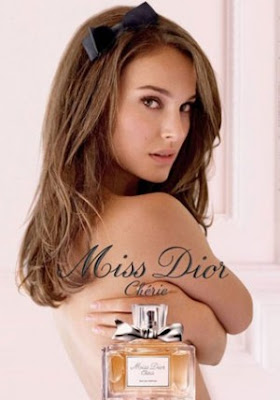 Dior's president and CEO told the fashion newspaper, "I condemn most firmly the statements made by John Galliano which are a total contradiction with the essential values that have always been defended by the House of Christian Dior."
The designer worked for the fashion house since 1996. Dior's runway show is still expected to be held in Paris on Friday.
Via "OHLALA Mag"
Publicada por Arrakis à(s) quarta-feira, março 02, 2011